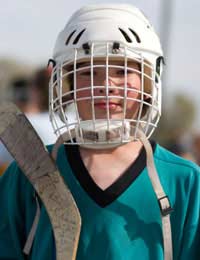 The agenda for the 2011 annual congress of USA Hockey, scheduled for June, will include recommendations that will capture the attention of both coaches and parents alike because they relate to how the game plans to go forward in relation to the safety of young players. It’s fair to say that there should be no more important aim for ice hockey administrators – the same should be true for every sport – than encouraging children and parents to buy into the game as a spectacle and a sporting activity, because this will ensure the grassroots continue to flourish.

The decision to carry forward the proposals into the congress was taken at a winter meeting of the governing body in Colorado Springs, and followed recommendations to the board from its chief medical officer, Dr Michael Stuart. The headline news for many observers of the sport was a proposal to eliminate body checking from the game for age groups below Bantam level, which involves 13-14 year olds. Dr Stuart was also keen to see an end to any contact with the head, and tougher penalties for unsporting behaviour – the latter designed principally to put a stop to instances of fighting on the rink.

Ice Hockey is a fast-paced sport requiring high levels of hand and body co-ordination. It’s also fair to say that the physical element of the sport is what attracts many fans to watch the professional teams. However there is a great deal of difference between body contact involving fully grown men and the still developing bodies of players in the younger age categories, especially if the contact in question is around the head area.

No parent wants to deny their children the opportunity to enjoy playing sport – physical exercise is very important for their health, and team games are an excellent way in which to encourage their social development. However, ice hockey moms and dads Stateside, in common with parents in other countries, will not want to compromise their child’s safety in the process.

This is why the discussions taking place within USA Hockey are so important and will be rightly applauded by a great many coaches and medical professionals.

Another aspect of the debate that should not be overlooked is the effect that removing some of the physical elements of the game in ice hockey would have on skill development. If, for example, body checking is no longer an option during game play, it means both coaches and players must come up with an alternative, and that alternative must involve improving the ability of players on the ice in terms of both movement and passing ability with their stick.

At the present time, body checking is prohibited both in girls’ and women’s hockey, and this absence of a physical challenge has done nothing to remove any of the excitement of the game - so why not in the boys’ and men’s game?

There’s always going to be an element of risk in playing sport, particularly at the elite level where the stakes are so high. But for juniors, the highest stakes must surely be those involving the safety of players. It is to the credit of USA Hockey that it is addressing this serious issue.